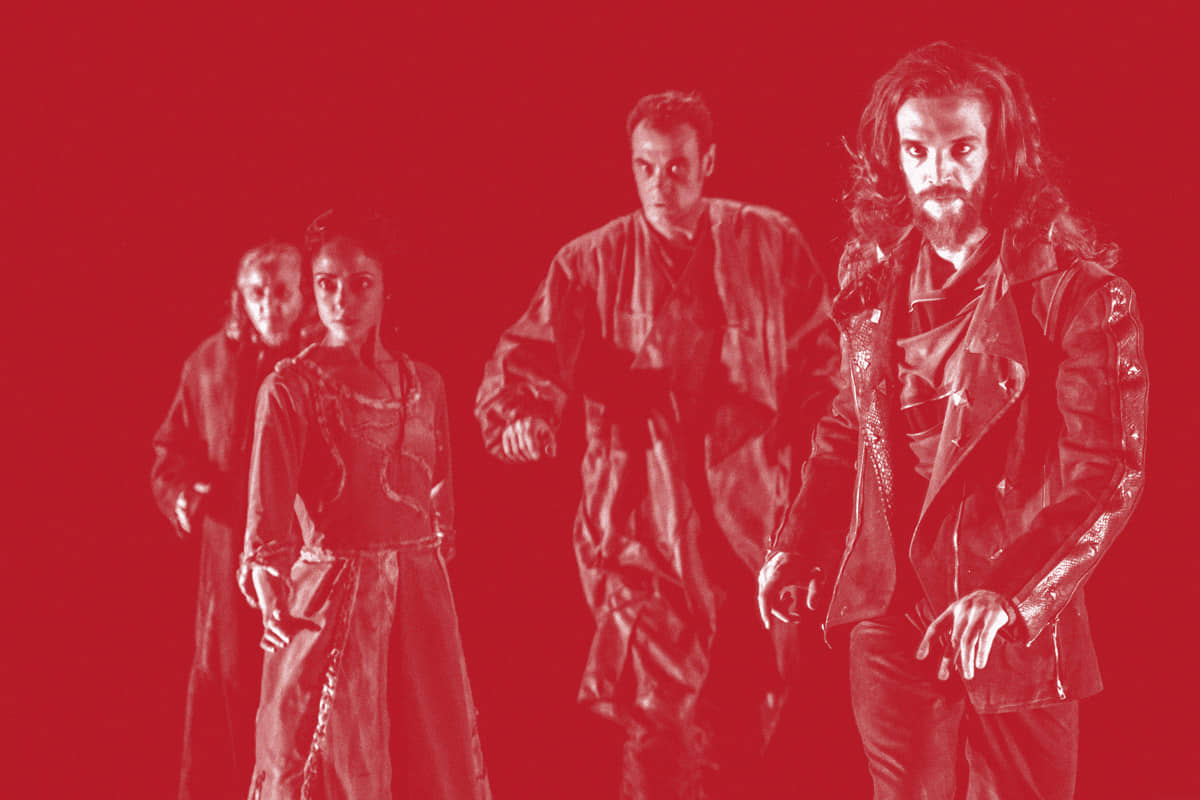 Ricardo Iniesta, based on the William Shakespeare’s text
Atalaya

“King Lear” is based on a folktale that appears incorporated into the ancient history of England since the 12th century. The chronicles tell that the old Lear wanted to know the degree of affection of his three daughters to designate as his successor who loved him most. Two of them melted in flattery and the youngest daughter answered that she wanted him as a father and nothing else. It seemed little to the king, who punished her. The time and the vicissitudes would come to show him later that she was the only one worthy of the throne that, after a war with her sisters, she finally got. Shakespeare expands and transforms the plot, filling it with his personal vision. Parallel to Lear's story, he reflected that of Gloucester and his children. The result entails an extreme experience of pain, madness and destruction expressed crudely and openly.