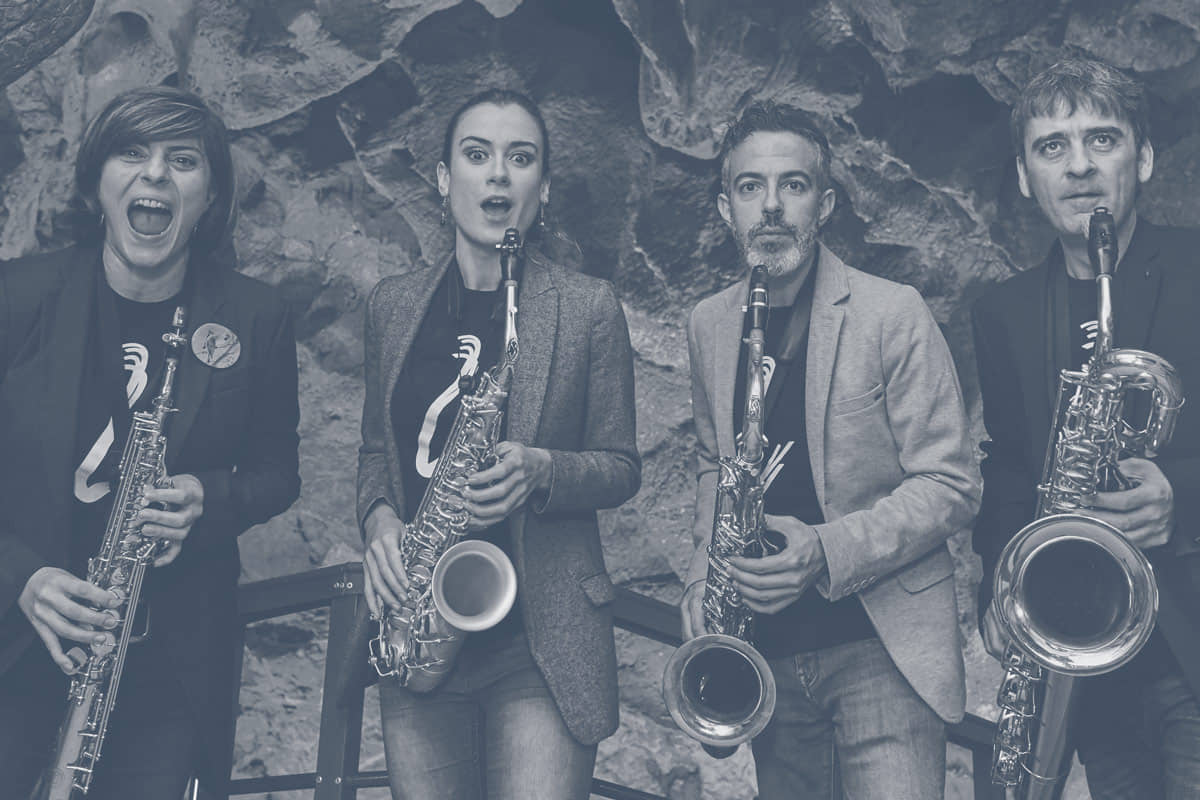 DE LA COPIA AL ORIGINAL (FROM THE COPY TO THE ORIGINAL)

A very Italian concert will be offered by this wind quartet that has aimed to reinterpret a repertoire that was originally composed for key instruments. The result? A sound transformed in such a way that allows to appreciate a wide range of nuances, details and unsuspected timbres. A renewed and very original musical point of view on works by György Ligeti, Johann Sebastian Bach, Salvatore Sciarrino and Domenico Scarlatti. With a first part of the recital dedicated to highlighting the Italian character of musical compositions by authors from different countries, and with a second part in which the Spanish nature of Scarlatti's music stands out.

Sinoidal Ensemble is an open and multidisciplinary instrumental ensemble that was born in 2013 with the desire of interpreting modern-day music and reviewing the repertoire of old days from a unique and contemporary approach. Its members, specialists in music of the XX and XXI century, and outstanding performers both in their soloist and group roles (with other bands), are committed with the development of sound performance, creating shows where the listener / spectator enjoys the sound "in its essence" as well as the processes that sound is subjected to.